A single sheet of paper bearing an elaborate rune in the center.

The scroll of portals is a single sheet of paper bearing an elaborate rune in the center. When held open near a flat surface, it glows with a faint green radiance.

This scroll creates a pass-wall effect, identical to the wizard spell. When placed on a flat, vertical surface, the scroll disappears and a 5-foot-diameter hole appears that is up to 10 feet deep. The scroll cannot create an opening in a surface that is not vertical (such as a floor or ceiling), nor can it create openings through magical or living surfaces (such as a wall of force or a still living tree).

A shimmering square of faint green light remains to mark where the scroll was hanging. This square is intangible to anything save the person who originally placed the scroll. The user who created the hole can grasp the square and pry the scroll away, ending the effect at any time. Otherwise, the hole will close and the scroll will fall to the ground after 30 minutes.

The scroll may be used twice each day. 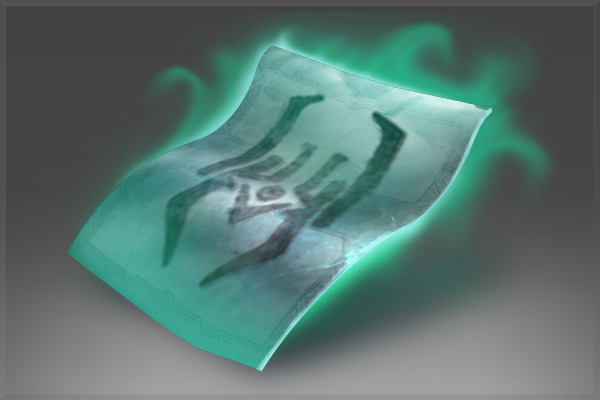