A shadowy katana of Kur-Tharsu make.

Dāb Ngeā (literally “The Shadow Sword”) is an heirloom of Kur-Tharsu nobility, past down for over a millennium since the time of the great Ogre empire. This Katana is made from the finest Kur-Tharsu steel, infused with the blood of a Night Hag to darken the metal to a deep, almost ebony, black. The hilt is made, not from leather and wood, but from bound, gaesed, and polymorphed Shadows. The sword radiates a strong aura of Conjuration and Illusion magics, and also detects as strongly Evil in alignment.

Dāb Ngeā always counts as a magic weapon when wielded in combat, but its effectiveness varies according to the current lighting conditions. When wielded in bright sunlight, the sword imposes a -1 penalty on the user’s attack and damage rolls. In overcast conditions, it functions normally. In dim lighting with numerous shadows (such as torchlight or candlelight), it grants a +1 bonus on attack and damage rolls; and in total darkness or magical darkness it grants a +2.

In addition, once per day the wielder can release the shadows from Dāb Ngeā’s hilt, which serve him as per a Shadow Summoning spell cast at the wielder’s level of experience. 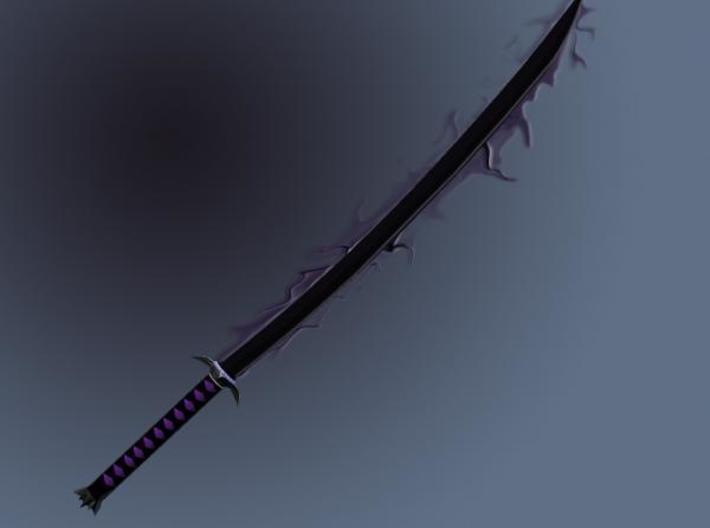