This bronze tower-shield forms part of the second set of the Fasarwen Laren and is supposedly crafted from the capstone of the imperial palace of Inupras. It was enchanted for Horus but is named for the famous Incarnation and son of Horus who bore it with distinction during the Orcgate Wars and slew 6 personal bodyguards of Baghtru during the final battles of the war. The face of the shield is surmounted by the symbol of Horus, beneath which are three bosed cartouches which tell the tale of Heru’s feat in detail. The shield radiates an overwhelming aura of divine abjuration magic.

In melee combat, the Shield of Heru functions as a Bronze Body Shield, granting a +3 bonus to AC against all attacks.

The magics upon the shield protect the wielder from all ranged attacks of all kinds. Any missile, spell, or energy that strikes the shield is reflected off in a random direction away from the bearer, potentially to strike others nearby. Any time a ranged attack—including magic missiles, enchanted projectiles, and area of effect spells or attacks described as a line (such as lightning bolts)—would strike the wielder, roll on the Grenade scatter diagram using 1d8+1. The attack does no damage to the wielder of the Shield of Heru, but rebounds in the indicated direction, traveling out to the maximum range for the attack. If the attack affects a single target, the first available target (if any) along the indicated direction becomes the new target (check the attack roll vs. the new target’s AC normally). If the attack is an area of effect, it functions normally, striking targets along the newly prescribed path. 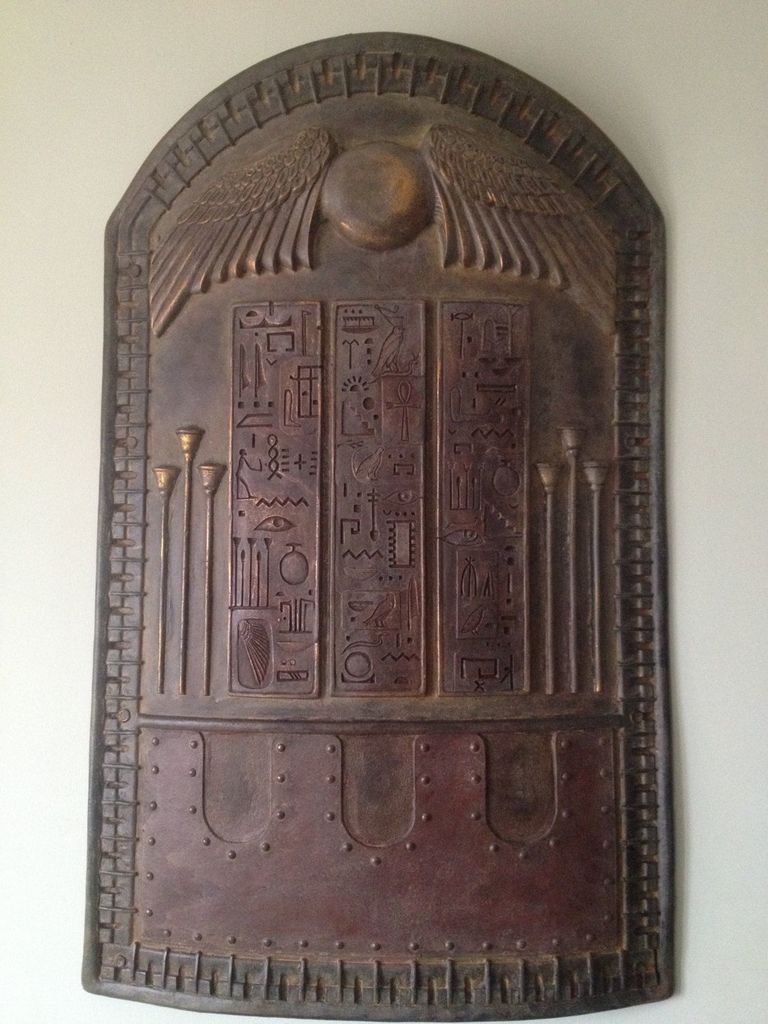