Forged by the dwarves of Clan Griff in ages past, this dull-gray, convex, rectangular shield is far heavier than it appears to be, nearly 25 pounds. You would almost swear it was made out of solid lead, save that it does not scratch or dent as you would expect lead to. Despite its immense weight, the shield measures only 35 inches in height and 17 inches wide. The front is engraved with a block of six large runes, in two vertical columns. A seventh rune is carved into the center of the reverse side, just above the straps.

The Shield of Long Days does not radiate an aura of any kind — neither magic, nor psionic, nor an alignment. In fact, it does not respond to any type of divination magic — it cannot be detected, scried, or identified by any means other than mundane inspection. Likewise, any magical detection that extends in a strait line (such as a Detect Magic spell) are blocked by the shield, preventing anything directly behind the shield from registering.

In combat, the Shield of Long Days functions as a medium shield, granting a +1 bonus to the user’s armor class against all attacks not occurring from the rear.

In addition, each of the shield’s seven runes becomes active on a specific day of the week, granting a unique bonus under specific circumstances: 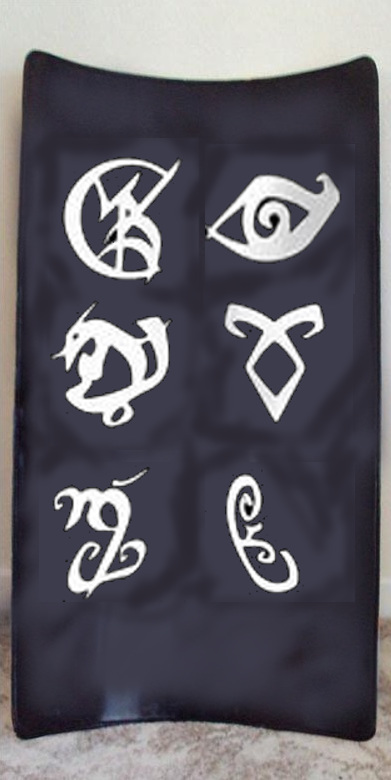