A wooden rattle carved into the shape of a gnomish skull and painted a bright, cherry red.

Taken from the witch-doctor of the “Squatters in Onyx” kobold tribe, this wooden child’s toy is carved in the likeness of a gnomish skull, and rather haphazardly painted a bright, cherry red color. Small rocks, or beans, or maybe even bones, fill the enclosed skull, making a loud rattling noise then shaken.

The Skull Rattle is used by holding it aloft and shaking it vigorously. When used in this manner while in combat, all enemies in a 30 foot radius must make a save vs. rods1 or be forced to change the target of their attacks. If they have not yet acted in the round, they lose their action—instead spending the round trying to change the direction of their charge, disengage with their current target, re-sight their bows, or re-target their spells. Their next attack cannot be made against a target that they attacked in the previous round.

The rattle, while shaped club-like in shape, is hollow and fragile. If used in combat it deals only 1d3 damage on a successful hit, and any attack roll of 5 or less (unmodified) causes the rattle to break, destroying it. 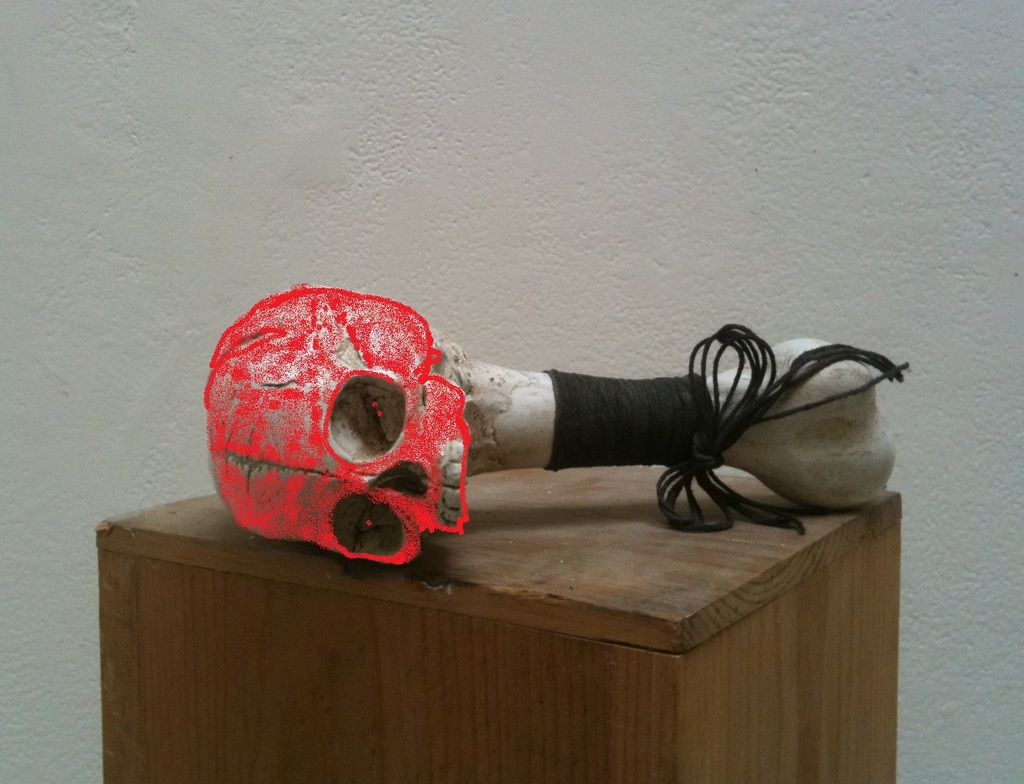