Sword of the Bandit Lord

A wood-handled sabre of a strange blue metallic alloy, once belonging to the bandit, Noriss the Grey.

This plain, functional sword was the favored weapon of the infamous bandit, Noriss the Grey. It is unknown how many people found themselves gutted by this blade, or how many necks it was held against over the years, but the number is surely in the hundreds. It is believed that the sword’s enchantment was a gift from the bandit lord’s mother, though Noriss’s followers speculate that its magic occurred naturally as a result of having been used in so much bloodshed.

After Noriss’s defeat by The Amazons, the blade fell into their hands and was eventually remade in a forge of repentance, incorporating the materials and enchantments of a strange horseman’s mace and a berserking blade. The sword radiates a faint aura of magic and good, and can be used to strike creatures harmed only by magic weapons.

In keeping with Lord Noriss’s tactics, the sword’s magic guides the users hand when performing flashy attacks meant to maim, humiliate, or intimidate rather than kill. Any called shot made with the sword suffers only a -2 penalty on attack rolls (instead of the normal -4) and no penalty on initiative. If the wielder of the Sword of the Bandit Lord takes a hostage (as described under Combat Maneuvers), he deals 4x normal damage (instead of the normal 2x) if he decides to drive the blade home.

If drawn and wielded in the heat of battle, the Sword of the Bandit Lord causes its wielder to enter a state of uncontrollable fury, attacking the nearest creature and fighting until dead or no living creature is within 60 feet, with no ability to distinguish friend from foe (though she is free to choose her own tactics so long as the sword is employed).

Once combat has engaged, the wielder cannot be disarmed, drop the sword, sheath the sword, change weapons, or otherwise relinquish it without a remove curse or similar magic. Once the rage passes, the wielder is free to stow the sword however he wishes. Likewise, the sword’s owner is by no means compelled to use it.

Sword of the Bandit Lord 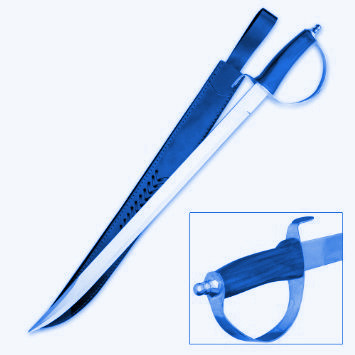