Sword of the Sands

When first gazing upon this weapon, most assume it is just an ornamental blade because the entire weapon, including the hilt and quillons, is made of blue glass. However, the glass has been magically enhanced to make it as strong and durable as any steel sword. The hilt magically adjusts to the wielder’s hand to provide a secure grip.

A Sword of the Sands functions as a normal scimitar when wielded in battle, and counts as a magical weapon for determining what creatures may be harmed by it. If the wielder has the Display Weapon Prowess non-weapon proficiency, and makes a successful proficiency check while using the Sword of the Sands, a curtain of whirling sand (filling a 10-ft. by 10-ft. area) can be made to appear anywhere within 20 feet of the wielder. The curtain otherwise operates in all ways as a Dust Curtain spell except that it lasts for only 1d4 rounds.

Once per day the scimitar can cast the Hissing Sands spell, as a 10th-level wizard. The sand movement is controlled by pointing the tip of the weapon in the desired direction. In addition, when the weapon is held, the wielder can at will pass without a visible trace across the desert like a Traceless Travel spell.

Finally, the wielder is protected from the blinding effects of sand. This includes sand blown by the gentle breeze to grains whirling about in sandstorms.

Although the identity of the individual who first developed this enchantment to create a scimitar of the sands has been lost, a few sand mages of Calimshan have discovered that the use of the sand sword spell followed by other, secret incantations will turn steel scimitars into glass. Further, one or more glassteel spells are cast upon the finished weapon, as are enchant an item and permanency spells.

Sword of the Sands 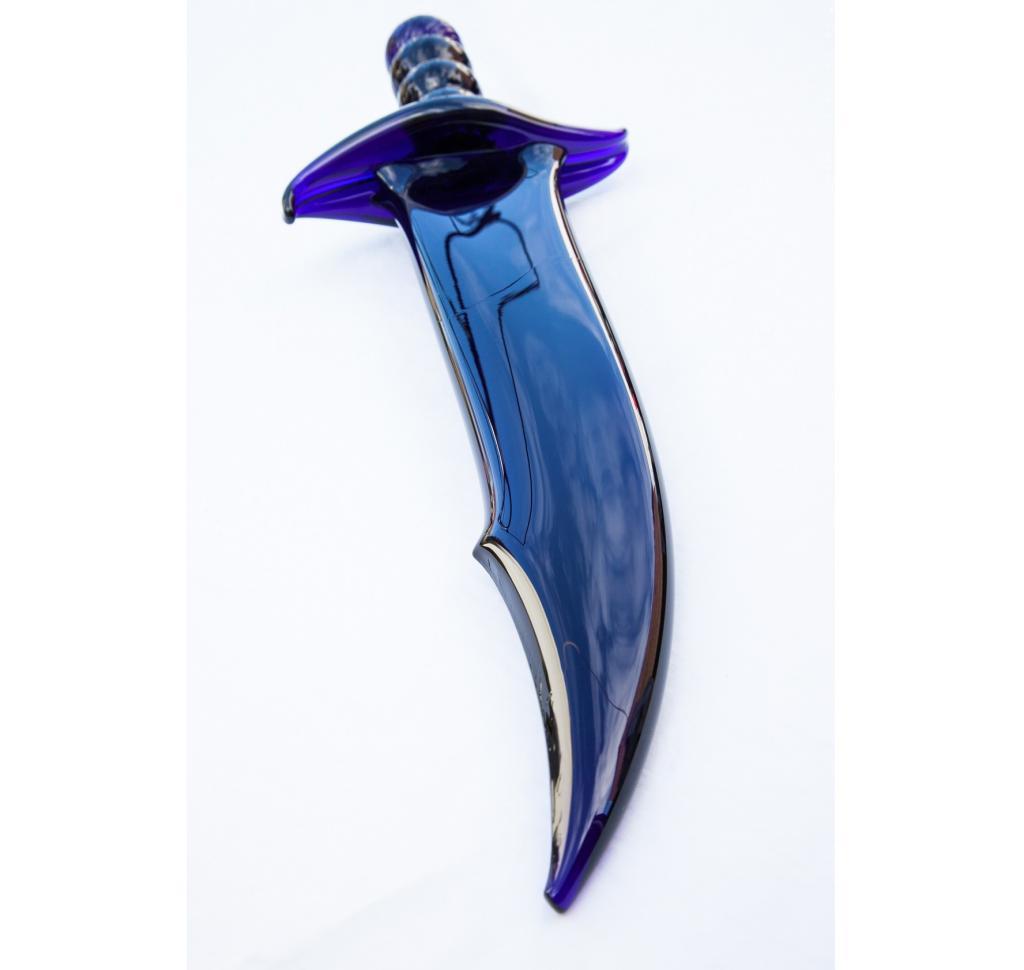