A ring apparently carved from ash-gray hematite with a matte finish.

This ring is apparently carved from hematite, having an ash-gray color with small flecks of vermillion. The ring feels dry to the touch and, if removed, leaves a gray, chalky residue on the wearer’s finger. If the ring is worn for a full 24 hours, the wearer’s skin takes on an ashen pallor, granting him a +5% bonus to any attempts to Hide in Shadows. The wearer’s skin returns to its normal colour one hour after the ring is removed.

Forged of dragonfire and death, the Ashen Loop is closely attuned to the Quasi-elemental Plane of Ash (which borders the planes of Fire and Negative Energy). If the ring’s wearer plunges his hand into the still-hot ashes of a funeral pyre, the ring gains the following additional abilities (for that wearer only):

This ring is actually made of the fused bones of several Phlannar fighters who fought to defend the city against a horde of orcs during the second fall of the city, some three-hundred years ago. The warriors were all killed in the same instant, consumed by the white-hot dragonfire of one of the first dragons to appear out of the mountains to the north. Although it was but a small loss, it was the first of many such slaughters that the dragons would perform against Phlan’s defenders. From within that first conflagration a ring of great magic was born, the Ashen Loop.

The loop has had many owners over the years, and each has used it to further their particular quest or goal. Once the ring’s owner loses purpose, however, he begins to feel a sadness whenever he wears it. Born of dragonfire, the ashen loop desires to be used and used well. It craves action and does not like to be worn on the hand of one who sits idle or has no purpose. The ring’s nature has insured that it has passed from one warrior to the next, and it does not discriminate between them.

The ring’s most recent owner was a gnome smuggler who used it to aid him in his stealthy business. He wielded the ring’s minor powers carefully. Before he could awaken the greatest of its powers, however, he was tempted into the Weir Tower on the outskirts of Phlan, where he met the same fate as the warriors from whose bones the ring was crafted, consumed by the fires of the young dragon that makes the tower its home. 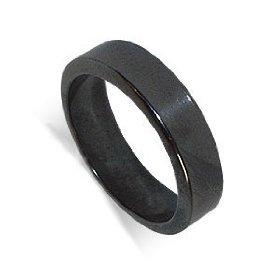