Sinuous and red, with a hilt of tarnished brass and ten glyphs of diabolic power along its blade.

Sinuous and red, with a hilt of tarnished brass and ten glyphs of diabolic power along its blade, the Blooddrinker feasts on the souls those it slays and allows its wielder to regain his strength by devouring any scraps that remain. The blood-drinker blade always radiates a strong aura of evil.

The Blood-drinker Blade functions for all purposes as a non-magical bastard sword. After battle the owner of the blade may lick the blood off of it regaining 1 HP as long as it has struck an enemy. This takes one round. For each enemy actually slain with the blade, the owner will heal 1d4 HP.

Wielding a Blooddrinker blade takes its toll on the wielder as well as the weapon’s victims. As long as the weapon is in their possession, the wielder suffers a -1 penalty when rolling for new hit points any time he gains a level (to a minimum of 0). 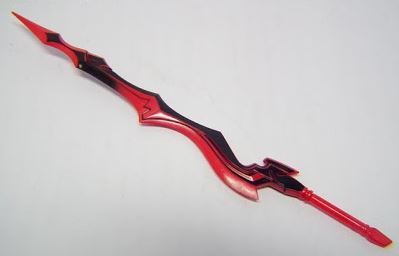