This elegantly crafted rapier has an airy, filigreed crossguard and basket hilt of darkened steel decorated with amethysts and inlaid with silver. A large globe-cut blue amethyst is set into the pommel. The blade of the sword is of rare Red Steel, tapered, double-edged, and a deep crimson in color. Simply as a work of art, the sword would be worth thousands of crowns. Most collectors assume the name of the sword comes from its rare, red-tinged blade, but this could not be farther from the truth.

The Bloodsword hungers for blood. Though not fully sentient as some weapons may be, it still has a will of its own. When drawn it telepathically makes this will known to its bearer constantly. It desires blood and will not allow itself to be sheathed until it has tasted it (unless the wielder succeeds on a Willpower check with a -4 penalty). Likewise, as long as the blade is unsheathed the wielder is unable to sleep, as he is constantly plagued by the sword’s telepathic urgings.

The Bloodsword functions as a normal Rapier in combat, and is able to strike creatures than can only be harmed by magical weapons. In addition, the Bloodsword literally drinks blood. Any blood on the blade is immediately absorbed, and thus is never needs to be cleaned (of blood at least). When wielded against any creature that has blood, the sword gains a +2 bonus on attack and damage rolls.

Against foes without blood—such as undead, noncorporeal beings, or constructs—the sword functions as a normal weapon. 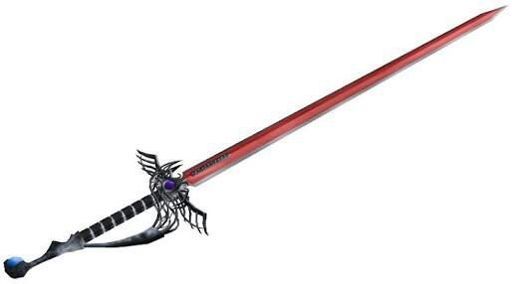