The Dagger of Rust

An ancient dagger, the handle set with numerous rubies, with an old rusty blade.

Once a beautiful, jeweled masterpiece of a weapon, the blade of this dagger is rusty and pitted. The gold handle of the dagger is beset by rubies, and the whole of the weapon radiates powerful magic. No amount of cleaning, polishing, sharpening, or repair can restore the corroded blade.

The blade, despite its appearance, functions moderately well in combat. In melee, It can be used as a normal dagger, gaining no bonuses or penalties on attack or damage rolls. The weight of the jeweled hilt and the rusted blade make it horrible for throwing, however. Ranged attacks with the dagger are always made with disadvantage.

However, on a hit, the true magic of the blade becomes obvious. When the dagger is used to successfully wound a victim (hitting for at least 1 point of damage), a wave of shimmering ruby-red energy emanates from the point of impact. All ferrous metal objects within a 10-ft. radius of the dagger are instantly rusted to the point of destruction, crumbling into fine red-brown powder. Magical items are allowed a saving throw vs. disintegration to avoid destruction, non-magical items are not allowed a save. Items carried by the wielder of the dagger gain no special protection against this effect.

The dagger itself, despite its appearance, is immune to all effects (magical or mundane) which might cause it to further rust or disintegrate.

The Dagger of Rust 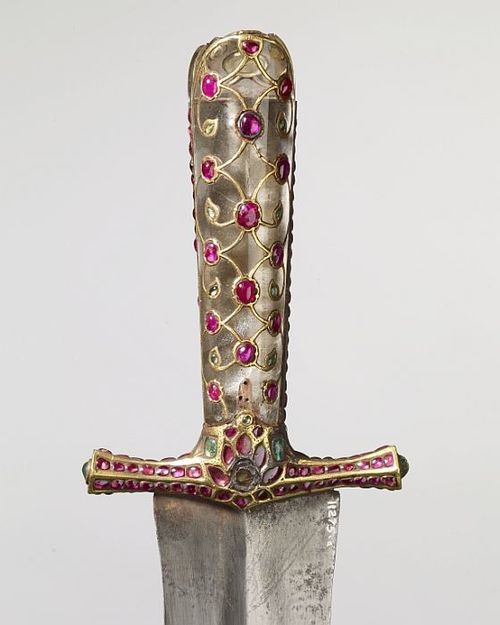