A triangular-cut, faceted gem of rainbow hue, about an inch in diameter.

This strange rainbow-colored gemstone emanates a faint aura of evil, if such is detected for. Even without magic, the large gem is an item of great value. It is hard as a diamond, but of a kind that no mortal gem-cutter can identify. Sold as is, the gem could easily command a price of a thousand gold pieces or more.

If a creature sleeps overnight with the gem in his possession, he will find that he awakes each morning with new and strange powers. Each time a character in possession of the gem takes a long rest, he awakens with one random ability from among those granted to Tieflings (roll 1d100 on the chart). These powers last until the next time the character rests.

In addition to such powers, if the gem is swallowed, the user finds that it is easily digestible, causing only minor discomfort. A character that eats the stone finds himself dramatically changed the next time they awaken from a long rest. Any humanoid creature that eats the stone will be permanently transformed into a Tiefling the next time he sleeps. The Tiefling traits replace all of his former racial abilities.

If the stone is eaten by someone who already has fiendish blood (i.e. a Tiefling), then the next time he sleeps he will awaken with two new abilities (determined randomly) and one new physical mutation (also determined randomly). These additional abilities are permanent. 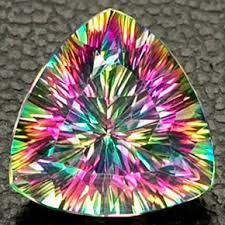