Found on the body of a lizard man patrol-leader in the Twilight Swamp, east of Phlan, this strange spear is of unknown provenance, though presumably made by the same lizardmen who wielded it. It bears a broad head of chipped obsidian, lashed to a cypress shaft by sinew, and decorated with strands of human teeth.

Wielded in combat, it functions as a normal spear, usable in either one or two hands. Whatever magics suffuse the weapon cause it to suffer only a -1 penalty on attack rolls, and no penalty to damage, despite its primitive make. Unlike other obsidian weapons, it has no chance of breakage under normal use.

Once per day, the spear can be used to cast Charm Monster as the spell, save that it only affects creatures native to swamps, marshes, or similar terrain. 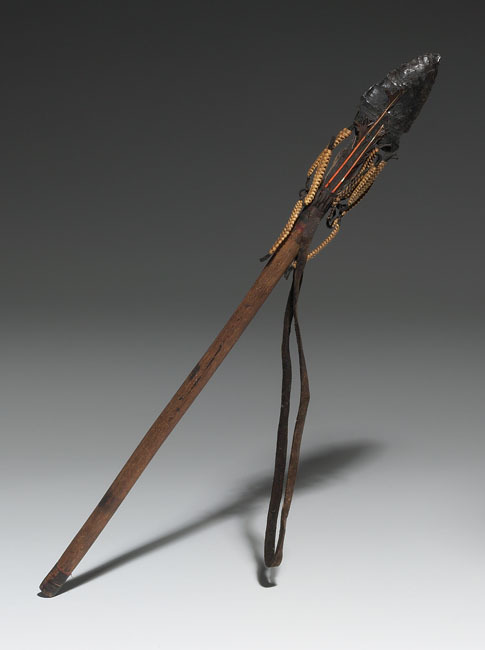