This beautiful item appears to be an ornate ballgown of solid, gleaming steel. When left alone, the gown is as rigid as steel plate, holds its shape, and can even stand up on its own. If handled the gown is as soft and flexible as fabric, allowing it to be as easily donned and worn as any gown (it still takes a full ten minutes to put it on and get everything fitted correctly). The dress’s ties and cinches (and a bit of magic) allow it to be adjusted to fit any female humanoid between five and a half and six feet in height. Even with its suppleness, the dress is still heavy and stiff when worn. It weighs the same as a suit of full plate armor and offers identical protection (AC 18, no Dex bonus). The normal penalties apply if the wearer is not proficient with heavy armor.

While the functionality of this garment is miraculous enough, the real magic of the gown lies in the regal poise, bearing, and demeanor bestowed upon a proficient wearer. A wearer who is proficient in heavy gains a +1 bonus to her Charisma score (which stacks with other magical bonuses and can allow scores exceeding 20), is treated as being proficient in Etiquette, and has advantage on all Dexterity-based saves and ability checks made to avoid being knocked prone. 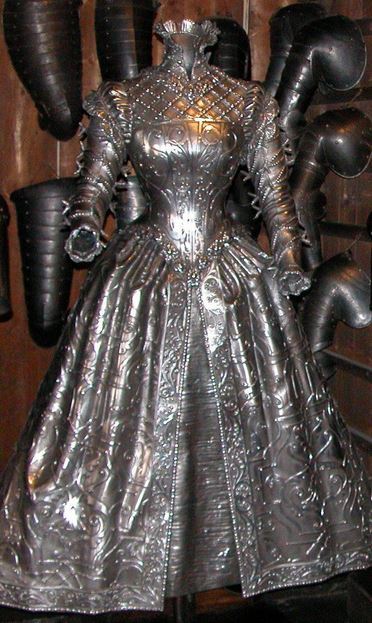