Found discarded and rusting on an old battlefield, half-buried in mud, but given away by its tell-tale glow, this buckler is no less useful for its advanced age. The ancient shield is composed of a single piece of cypress wood, reinforced with a boss, rim and various fittings of rusted iron. Eight of the fittings are forged in the shape of St. Julian’s crosses, each connected to what resembles a set of serpents, which stretch to the extremities of the shield board and serve as its rim. A ridged patina and a rectangular hole within the round surface of the boss is clearly intended to be fitted with an offensive spike or stud, but that is long-since missing.

The shield, despite its worn and rusted appearance, is quite sturdy and functions in combat as a +1 Buckler, granting the user a +2 bonus to his AC against a single attack each round.

In addition, the shield glows constantly with about twice the brightness of a normal torch, shedding clean, unwavering white light in a 40-ft. radius. This light cannot be extinguished save by magical darkness, but is blocked by normal barriers. If brought into an area of magical darkness, the light from the shield and the darkness cancel each other out, allowing the normal lighting conditions to prevail. When removed from such an area, the glow reasserts itself. 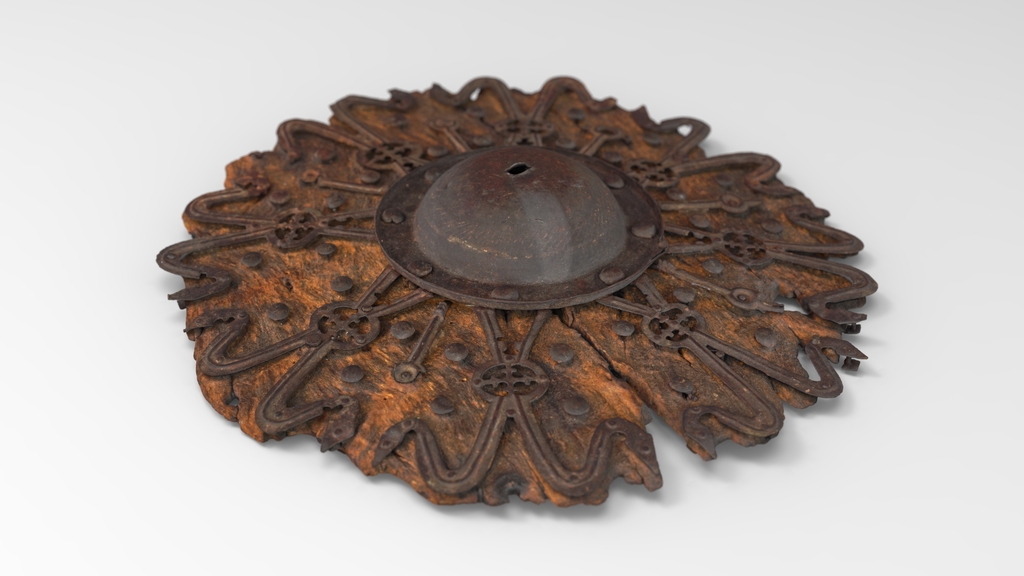