The Testament of Jade

A large book, bound in green leather, inset with small pieces of jade, with a sunburst etched on the front, and a green silk bookmark.

A large book, bound in green leather, inset with small pieces of jade, with a sunburst etched on the front, and a green silk bookmark. The book is in excellent shape, as just newly bound. When closed there is a small gap visible, as if the middle-most quire were missing. The book radiates a strong aura of magic.

The book is a testimonial of one Dennison the Jade, a cleric of Lathander who inhabited Myth Drannor in the years just before the fall of the city. A devout man, he had served as the senior priest of Lathander for over twenty years and fought alongside the heroes who attempted to save Myth Drannor from the humanoid hordes that eventually consumed the city in its last days.

The book contains not only personalized devotions to Lathander, but also journalistic thoughts and observations of Myth Drannor’s final days. It details the efforts of the citizens who threw together the defenses they could and includes some cryptic notes about the locations of caches of weapons and valuables that were hidden before the city was overrun.

The testament teaches the value of self-sacrifice and of giving what you can to others. The first page bears the following charge:

Strive always to aid, to foster new hope, new ideas, and new prosperity, of all humankind and allies. Perfect thyself, guard ever against pride, for it is a sacred duty to foster new things, and work for rebirth and renewal. Be fertile in mind and body; consider always the consequences of thine actions, that the least effort bring the greatest and best reward. Wherever you go, sow seeds of plants, tend the growing things you find, and plant seeds of hope, new ideas, and plans for a rosy future in the minds of all. Whenever possible, see each dawn.

Any Evil creature reading so much as a single word of the Testament must make a Wisdom save (DC 20) or be permanently blinded. The readers eyes vanish with a whiff of smoke and are completely, though painlessly, destroyed. Vision lost in this way can only be restored by a regeneration, wish, or similarly powerful magic.

While the book is in a person’s possession, that character must tithe at least half (50%) of all her earnings to a good cause. If this is not done, the bearer of the book suffers a -1 penalty to her Wisdom and Charisma scores whenever the book is in her possession, until such time as the tithing has resumed for a month.

A Good or Neutral creature who carries the book feels the influence of Lathander. Every week they must make a Wisdom save (DC 15) or begin to experience personality changes: Jade becomes their preferred precious stone, green becomes their favorite color, they unconsciously pick up traits of Lathander’s faithful (see the charge above for examples), and so on. The creature does not think these changes are unusual and resents allegations that these habits are artificially induced.

Every month, a character in possession of the Testament must make a Wisdom save (DC 20) or become a follower of Lathander, abandoning his previous faith (if any).

There are currently 22 pages missing from the book. It is clear that the completed book would possess additional powers, but in its incomplete state, it is impossible to know what those powers might be.

The Testament of Jade 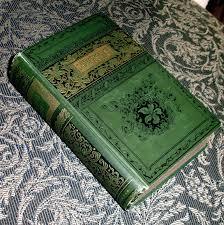