This apparently ancient and definitely macabre instrument is made from a human skull. The dome of the skull has been removed and human skin stretched over the top to form a sounding board. Antelope horns are then affixed to the rear of the skull, and human hair stretched between them as strings.

The Lyre was found in a curiosities shop in Sigil, run by a mongrelman by the name of Aalek. The sign on it claimed it came from the ancient (and presumed by most, mythical) empire of Nog, and suggested that it may have been made for symbolic or clandestine ritual use. Though it is more likely a sensational item made by the entrepreneurial Aalek to profit off the many addle-coved berks visiting the city.

The lyre does not radiate magic, nor does it respond to Identify spells or similar magic. It does, however, register to a Detect Undead or similar spell.

Unknown even to Aalek, the skull used to make the Lyre did, in fact, belong to one of the ancient inhabitants of Deckon Thar, capital of the Nogian Empire, whose remains were animated and walked to Sigil’s sister-city of Phlan after the ascension of The Blessed Afflictor. Though no longer animate when Aalek found it, the skull retained a fragment of the power previously imbued in its undead owner.

When played, the music of the Lyre affects all living creatures within 60 feet. None of those affected can die of wounds or poison while the harp is played, and cannot be reduced below 0 hit points by any means. Creatures reduced to 0 ht points will fall, but be kept in a semiliving state by the music, their hearts throbbing in time with the lyre. If magical curing is applied while victims are in his state, the curing works normally and the victim awakens. If an otherwise deadly poison is neutralized, the victim awakens with 1 hit point remaining.

A victim can still suffer non-hit-point damage while under the lyre’s effects. Bones can be broken, limbs can be maimed, and even the head can be severed. So long as the heart remains intact and the music continues, the victim will remain alive and stable. Of course, a victim whose head has been removed will die instantly the moment the music stops. Likewise, any poisons still in the victim’s system or other ongoing sources of damage (such as acid or fire) will immediately take effect when the music stops.

The lyre can be played once per day, for up to one turn. In the hands of a Bard, it can be played for one additional turn per level of the Bard. A Silence spell or another bard’s Countersong will likewise halt he effect. 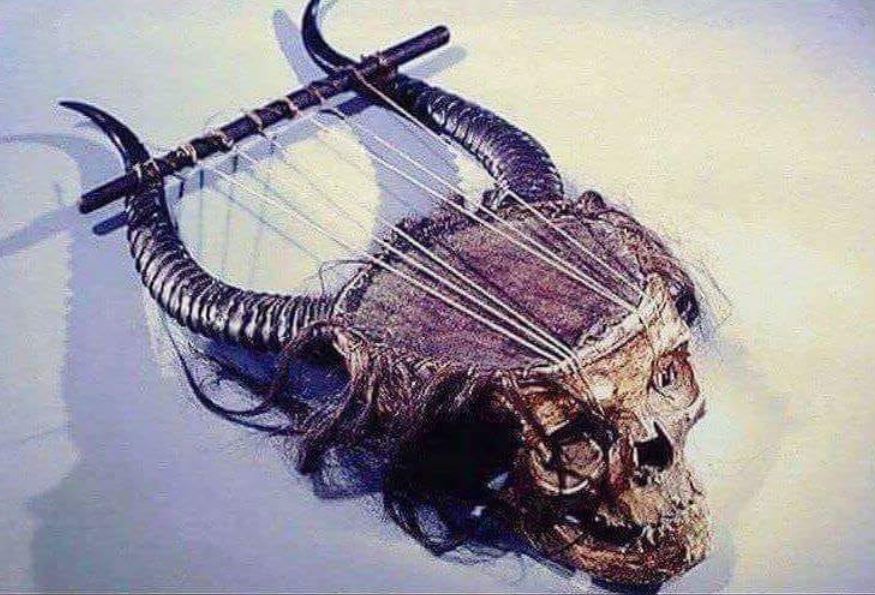