This ribbed copper band set with a small, cubic-cut and polished chunk of malachite was taken from the body of a bard, one Delphia of Thay, and given as a gift to Thrall Demonsweat by Father Aram Carnithrax Decidimus, during their initial voyage from Hillsfar to Phlan.

This ring grants the wearer a +1 bonus to Armor Class and to all saving throws.

Originally of Thayan make, the ring’s power has been corrupted by the death of several users and exposure to an overwhelming amount of unstable ancient Nogese magic. Though the ring still grants its normal protections, anyone wearing the ring attracts the Evil Eye, suffering a -2 penalty on all Saving Throws, Proficiency checks, Ability checks, and NPC reaction checks; against Curses and Enchantment spells and effects, the user suffers an additional -2 penalty on their saves (for a net -3 including the ring’s normal bonus).

Once donned, the ring can only be removed by the application of Remove Curse or Avert Evil Eye (cast at a minimum of 10th level) or by the death of the wearer. 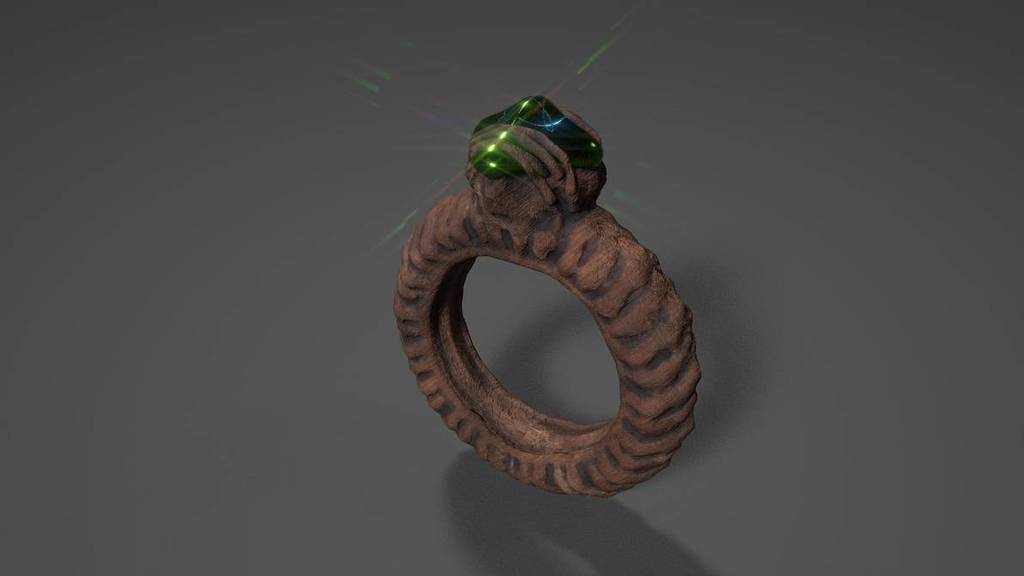