A leather-bound text, either a book or parchment scroll, detailing notes on summoning of powerful extraplanar entities.

This ordinary-looking manuscript details the means by which a magic user may summon an otherworldly entity and bind it to his/her service. The caster may be aided by up to 5 other participants. For the purposes of this description, we will refer to a single “caster.” The additional participants can be of any class (they don’t have to be spellcasters).

There are dozens (perhaps even hundreds) of such Tracts, and each contains different material. The player must roll to determine the necessary components, the nature of the conjured entity, and so on. The player rolls percentile dice, then adds the combined number of levels and Intelligence modifiers1 for the 1-6 characters who are participating in the ritual.

After a Tract is used, and a creature is summoned, the Tract is no longer usable; it disintegrates, and attempts to replicate the ritual will have no result. Additional Tracts may be discovered; for each one, results must be rolled anew.

For every one of the following sections (Ritual Type, Components, and so forth), the player must roll percentile dice, add the caster’s level, add the levels for all of the other characters who are helping the caster, and add all Intelligence modifiers for the characters. The higher the player’s roll, the more beneficial the outcome. A natural 01 roll is always treated as an 01, regardless of how many bonuses there are; a natural 100 is always treated as such, regardless of how many penalties the caster has accrued.

1 For characters using 2nd-edition rules, this is equal to the number of bonus paths granted by his Knowledge score. 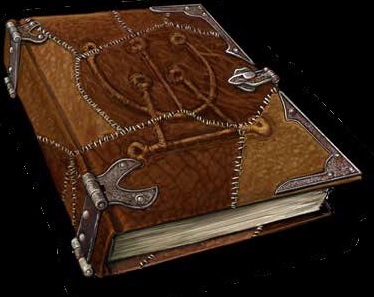