This coiled steel spring is prized by adventurers. It is a precisely wound spiral of flattened wire, 6 inches in diameter and 6 inches tall. When the appropriate commands are spoken, the trapspringer performs the following services for its owner:

The trap-springer cannot turn corners. Additionally, the trap-springer is completely non-conductive. It takes no damage from electricity or lightning based effects. Likewise, electrical attacks and excesses of heat or cold cannot be transmitted along the trap-springer to a person holding it. 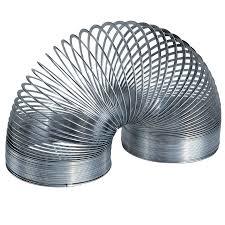